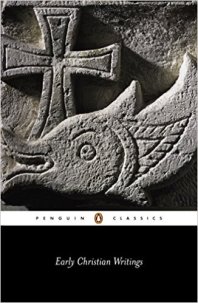 I am currently making my way through the book, Early Christian Writings, translated by Maxwell Staniforth, and came across the The Epistle to Diognetus. The document was discovered by Thomas of Arezzo in Constantinople in about 1435. The date of its writing is estimated to be between 120-200AD during a time of Christian persecution.

The document is written by an unknown author to the pagan lord Diognetus to instruct him on beliefs of the Christians and how they are able to “set so little store by this world, and even to make light of death itself,” and to satisfy his curiosity about the “warm fraternal affection they all feel for one another.”

Below, you will find the fifth section of the document titled, Characteristics of the Christian Community. I found this section particularly interesting as the author describes, in detail, what a Christian community looked like in the second century. I would hope the Christian community today would be described in a similar way, within our current cultural context, by someone who lives outside of it. Read the section below and see what you think.

The difference between Christians and the rest of mankind is not a matter of nationality, or language, or customs. Christians do not live apart in separate cities of their own, speak any special dialect, nor practice any eccentric way of life. The doctrine they profess is not the invention of busy human minds and brains, nor are they, like some, adherents of this or that school of human thought. They pass their lives in whatever township – Greek or foreign – each man’s lot has determined; and conform to ordinary local usage in their clothing, diet, and other habits. Nevertheless, the organization of their community does exhibit some features that are remarkable, and even surprising. For instance, though they are residents at home in their own countries, their behavior there is more like that of transients; they take their full part as citizens, but they also submit to anything and everything as if they were aliens. For them, any foreign country is motherland, and any motherland is a foreign country. Like other men, they marry and beget children, thought they do not expose their infants. Any Christian is free to share his neighbor’s table, but never his marriage-bed. Though destiny has placed them here in the flesh, they do not live after the flesh; their days are passed on the earth, but their citizenship is above in the heavens. They obey the prescribed laws, but in their own private lives they transcend the laws. They show love to all men – and all men persecute them. They are misunderstood, and condemned; yet by suffering death they are quickened into life. They are poor, yet making many rich; lacking all things, yet having all things in abundance. They are dishonored, yet made glorious in their very dishonor; slandered, yet vindicated. They repay calumny with blessings, and abuse with courtesy. For the good they do, they suffer stripes as evildoers; and under the strokes they rejoice like men given new life. Jews assail them as heretics, and Greeks harass them with persecutions; and yet of all their ill-wishers there is not one who can produce good grounds for his hostility.